RadioShack To Be Reborn As Online-First Retailer

The good news is that as of today RadioShack has officially been purchased by Retail Ecommerce Ventures (REV), giving the troubled company a new lease on life. The downside, at least for folks like us, is that there are no immediate plans to return the iconic electronics retailer to its brick-and-mortar roots. As the name implies, REV specializes in online retail, having previously revamped the Internet presence of other bankrupt businesses such as Pier 1 Imports and Dressbarn. 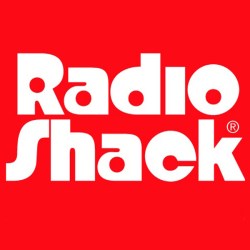 While the press release doesn’t outright preclude the possibility of new physical RadioShack locations, it’s clear that REV believes the future of retail isn’t to be found in your local strip mall. As the US mulls further lockdowns in response to the continuing COVID-19 pandemic, it’s hard to disagree. There will be millions of bored kids and adults looking for something to do during the long winter nights, and an electronic kit or two shipped to their door might be just the thing.

REV says they plan to relaunch the rather dated RadioShack website just in time for the company’s 100th anniversary in 2021. As of this writing the website currently says that sales have been temporarily halted to allow for inventory restructuring, though it’s unclear if this is directly related to the buyout or not. Getting an accurate count of how much merchandise the company still has on hand after shuttering the majority of their physical locations in 2017 certainly sounds like something the new owners would want to do.

Like most of you, we have fond memories of the Golden Age of RadioShack, back before they thought selling phones and TVs was somehow a good idea. To their credit, they did try and rekindle their relationship with hackers and makers by asking the community what they’d want to see in their stores. But we all know how that story ended. While it doesn’t look like this news will get us any closer to having a neighborhood store that stocks resistors, there’s a certain comfort in knowing that RadioShack kits and books will still be around for the next generation.